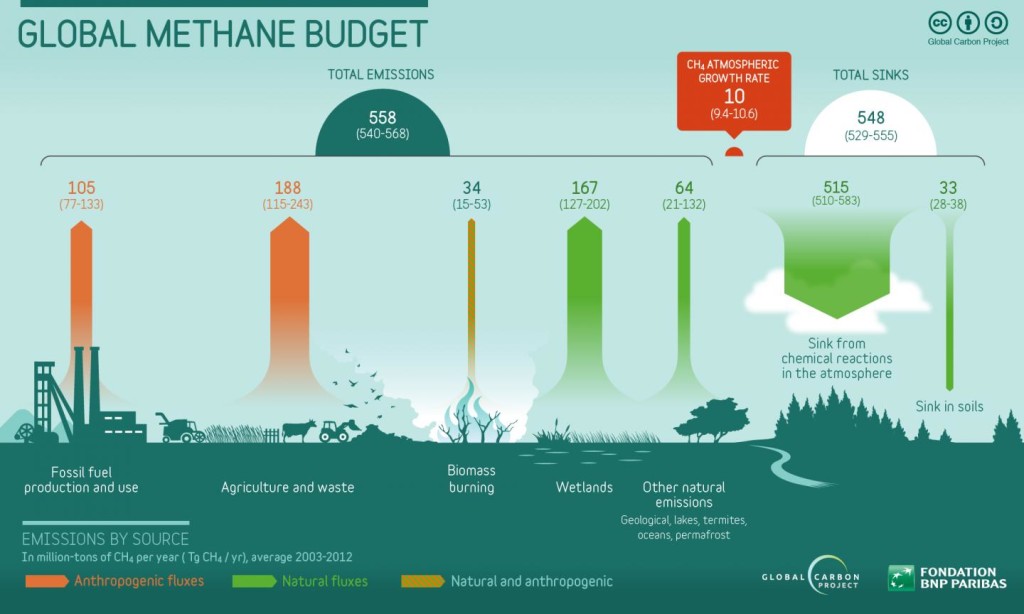 According to the newly released global methane budget, global levels of atmospheric methane â€” a potent greenhouse gas that is a major contributor to climate change â€” are rising faster now than ever before over the last 20 years.

The study, which was recently published in the scientific journal Environmental Research Letters, was authored by a team of collaborating international scientists, who report that atmospheric methane levels began to rise in 2007 and escalated precipitously throughout 2014-2015. During that 2-year period, methane concentrations surged by 10 parts per billion (ppb) or more annually, which is in stark contrast to the early 2000's which saw an average annual rise in methane of just 0.5 ppb. The cause of the sudden spike in methane concentrations is not clear, but it may stem from emissions origination from agricultural sources, particularly in tropical areas, originating from farming sites such as cattle pastures and rice paddies.

"Why this change happened is still not well understood," says Marielle Saunois, lead author of the new paper and an assistant professor of UniversitÃ© de Versailles Saint Quentin and researcher at Laboratoire des Sciences du Climat et de l'Environnement in France. "For the last two years especially, the growth rate has been faster than for the years before. It's really intriguing."

According to Saunois, if methane continues to rise at this rapid pace it could threaten international efforts to curb climate change and limit warming to 2 degrees Celsius. These findings suggest that we should place a higher focus on methane emissions if we wish to keep within the 2 degree target, she says.

"The leveling off we've seen in the last three years for carbon dioxide emissions is strikingly different from the recent rapid increase in methane," says Robert Jackson, a co-author of the paper and a Professor in Earth System Science at Stanford University. The results for methane "are worrisome but provide an immediate opportunity for mitigation that complements efforts for carbon dioxide."

The authors of the report, who contributed to the formulation of Global Methane Budget for 2016, provide a comprehensive outline atmospheric methane inflows and outflows over a twelve year period between 2000-2012, including methane from human activities as well as other sources. The results show that methane emissions from human sources appear to have risen after 2007.

According to Jackson, methane is tricky to keep track of, partly because it can originate from several different sources, including natural sources such as wetlands and marshlands. However, around 60% of methane that is emitted into the atmosphere annually is produced as a result of human activities, including livestock production (as well as other ruminants), rice production, fossil fuel extraction, and landfills.

"Unlike carbon dioxide, where we have well described power plants, almost everything in the global methane budget is diffuse," Jackson says. "From cows to wetlands to rice paddies, the methane cycle is harder."

The authors acknowledge that pinpointing the source of methane emissions is no easy task. Environmental advocacy groups in the US are concerned that the rapid expansion of natural gas exploration and extraction across the country could result in a rise in methane emissions. But according to Saunois, the data shows that currently agriculture is more likely to be the major contributor, as this sector has seen rapid global expansion in both livestock production and rice cultivation between 1994 and 2014.

"When it comes to methane, there has been a lot of focus on the fossil fuel industry, but we need to look just as hard if not harder at agriculture," Jackson says. "The situation certainly isn't hopeless. It's a real opportunity." [caption id="attachment_983" align="alignright" width="396"] 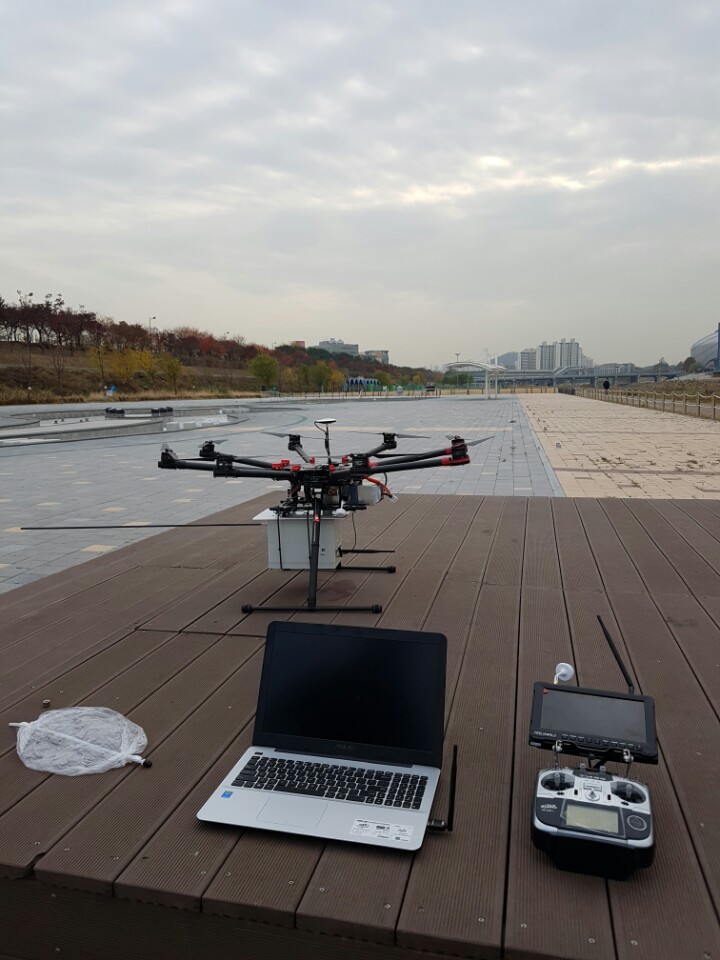 In order to be able to curb methane emissions we need to know where they originate from. Industries that are potential sources of methane can take measures to monitor their emissions and detect leaks so that they can take steps to reduce their methane emissions. Technology is available to help detect local methane leaks and emissions. For example, the DR1000 Scentinal is a flying laboratory that can be equipped with 20 sensors from our sensor list, which cover the categories listed below (the price of each sensor varies depending on its type): [caption id="attachment_982" align="aligncenter" width="600"]

Scentinal flying laboratory in action[/caption] Diamond Scientific is constantly seeking opportunities and products that will contribute to a better world. By providing equipment that will offer environmental benefits, as well as cost benefits to those pursuing alternative energy solutions, we hope to do our bit to lessen the impact of energy production on our environment and climate. â€œProtecting people, animals, plants, and minerals by offering solutions to reverse global warming.â€