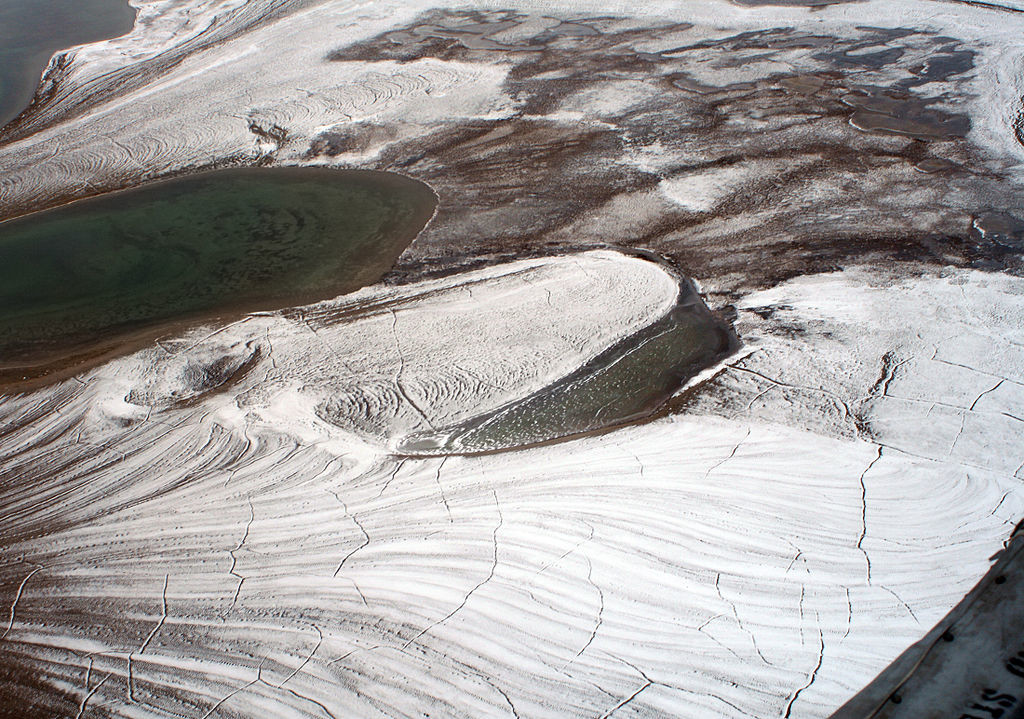 The Arctic is not only getting hotter, it is warming faster than any other region on Earth, causing permafrost to melt, releasing methane as it thaws. A recent study conducted by scientists from the International Institute for Applied Systems Analysis (IIASA) suggests that it is still possible to neutralize the threat posed by the release of Arctic methane from thawing permafrost.

Permafrost is frozen soil that remains in this solid state for two years or more. It typically consists of a mixture of sediments, soil and rock that is held together by ice. Arctic permafrost serves as one of the Earth's largest natural carbon stores. When it thaws, the microbes living in the frozen encapsulated soils can convert this carbon into CO2 and methane, both of which are greenhouse gases that contribute to climate warming when present in the atmosphere. Sadly, this is precisely what is occurring, fueled by warming Arctic temperatures courtesy of climate change. The huge Arctic methane reserves stored within permafrost that could potentially be released as it thaws is often referred to as a ticking time bomb, and is of great concern to climatologists.

A recent study conducted by a team of international scientists found it is still possible for us to neutralize the threat Arctic methane poses should it be released from the permafrost currently binding it. For the study, recently published in Nature Scientific Reports, researchers assessed various potential future scenarios, including scenarios where future releases of anthropogenic CO2 and methane atmospheric emissions remained unchanged and continued as normal, as well as scenarios where atmospheric emission target goals laid out by the Paris Agreement where met.

For their analysis, the scientists quantified the highest range value of Arctic methane that can be emitted to the atmosphere from natural sources (permafrost) in the Arctic, as this enables us to compare these releases to the significantly larger methane emissions released from human sources. While previous studies have presented estimates of Arctic methane releases from natural sources, and others have estimated methane releases from human sources, this is the first such study to quantify and compare the contribution of methane emissions from natural and anthropogenic sources.

"It is important to put the two estimates alongside each other to point out how important it is to urgently address methane emissions from human activities, in particular through a phase out of fossil fuels," explains Lena HÃ¶glund-Isaksson, a senior researcher with the IIASA Air Quality and Greenhouse Gases Program and co-author of the study. "It is important for everyone concerned about global warming to know that humans are the main source of methane emissions and that if we can control humans' release of methane, the problem of methane released from the thawing Arctic tundra is likely to remain manageable."

Arctic Methane Releases can be Neutralized

The authors suggest the study's findings confirm we need to urgently switch from fossil fuels to more sustainable renewable sources of energy, while also making a concerted effort to reduce methane emissions from human activities, particularly those produced by landfills and livestock production. The study's findings show it is possible to curtail anthropogenic methane emissions sufficiently to limit the extent of methane induced climate warming by the end of the century even in the event of Arctic methane releases promoting climate warming, and by extension further methane releases, through a feedback loop. However, if we hope to achieve this, we need a global commitment that strives towards significant reductions in methane emissions that are at the same time feasible.

"In essence, we want to convey the message that the release of methane from human activities is something we can do something about, especially since the technology for drastic reductions is readily available - often even at a low cost. If we can only get the human emissions under control, the natural emissions should not have to be of major concern," concludes HÃ¶glund-Isaksson.