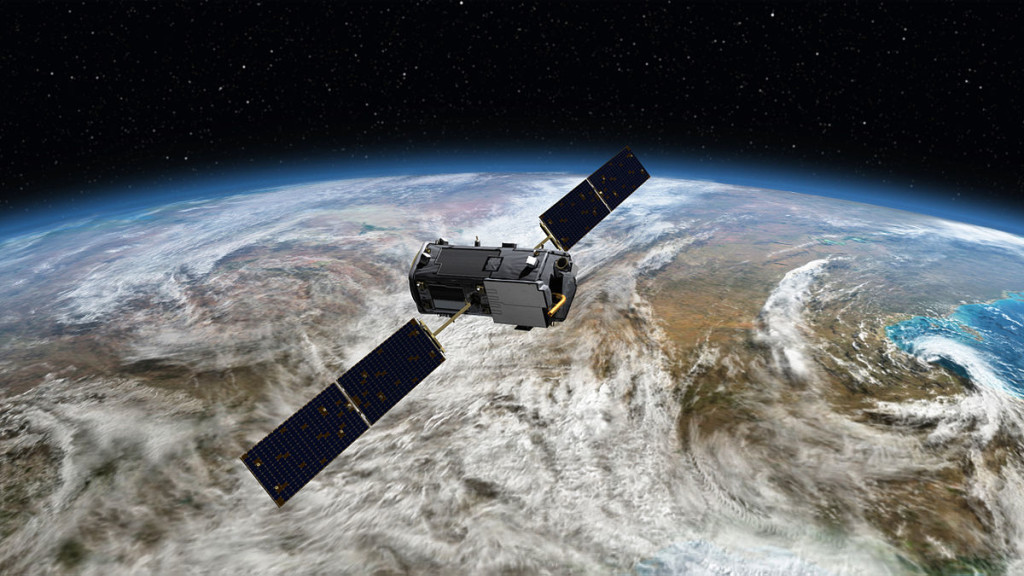 Artist's rendering of NASA's Orbiting Carbon Observatory (OCO)-2. With atmospheric carbon dioxide now at its highest concentration in recorded history, the need to make precise, global, space-based measurements of this key greenhouse gas has never been more urgent. OCO-2 will address critical questions to give us a clear picture of how these emissions are partitioned between Earth's ocean, land, and atmosphere, or how Earth's forests, plants and ocean will respond to increasing levels of carbon dioxide in the future, to help us better assess the health of our warming planet. [Image Credit: NASA, Public Domain][/caption]

It seems the Trump administration is hellbent on shelving environmental legislation. The latest administration move to axe funding for NASAâ€™s carbon monitoring system â€” a climate science research project that previously received $10 million a year to support the program â€” almost slipped by unnoticed, which would have been a tragedy in terms of climate monitoring, as you cannot manage or control what you donâ€™t measure.

Those opposed to the Administration's move to withdraw funding for this key area of scientific research believe it jeopardizes several climate science research projects, as well as the ability to monitor and curb national greenhouse gas emissions.

â€œThe move jeopardizes plans to verify the national emission cuts agreed to in the Paris climate accords,â€ Kelly Sims Gallagher, director of Tufts University's Center for International Environment and Resource Policy in Medford, Massachusetts, said in an interview with Science. "If you cannot measure emissions reductions, you cannot be confident that countries are adhering to the agreement. Canceling the CMS "is a grave mistake," she added.

But thankfully a US House of Representatives spending panel sat up and took notice, and decided to do something about it, voting in favor of restoring funding to NASAâ€™s climate research program.

According to a followup report in Science, the budgetary panel responsible for NASA unanimously voted in favor of amending a 2019 spending bill, ordering NASA to allocate $10 million of its earth science budget to a â€œclimate monitoring system that studies biogeochemical processes to better understand the major factors driving short and long term climate change.â€

This research mandate sounds very similar, if not exactly the same, as that of NASAâ€™s Carbon Monitoring System that the Trump administration recently pulled the plug on, and has the same annual budget allocation.

According to Woods Hole Research Center president and executive director, Philip Duffy, who applauds the bipartisan decision, in order for climate policies to be effective, accurate greenhouse gas measurements are required, and these need to be collected by an independent scientific body such as NASA.

Hopefully NASA will now be able to continue monitoring greenhouse emissions, as well as the vitally important climate science research that it is tasked with, so that checks and balances are put in place to protect not only the environment, but for the benefit of every living being on the planet.

The text of the amendment is included below:

Under NASA, science, after the paragraph titled Earth Science Decadal, insert the following: Climate Monitoring System: Within the funds provided for Earth Science. Not less than $10 million shall be for a Climate Monitoring program, including competitive grants to help develop the capabilities necessary for monitoring, reporting, and verification of biogeochemical processes to better understand the major factors driving short and long term climate change.