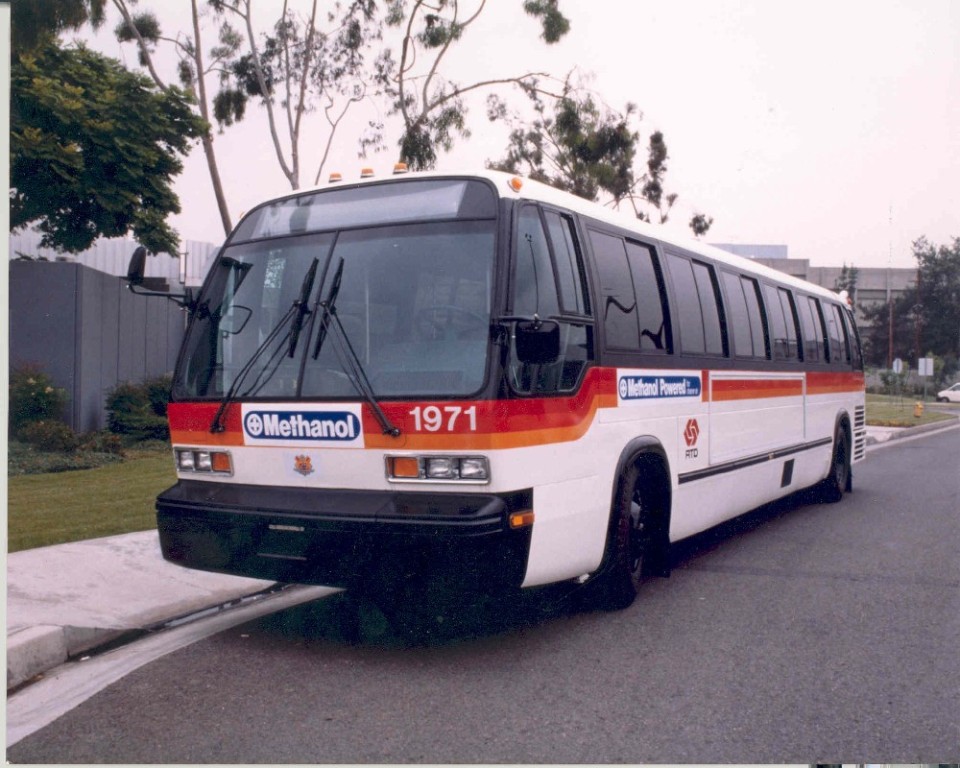 Converting methane to methanol just got a whole lot simpler. A team of collaborating scientists from Stanford University and the University of Leuven in Belgium has shed light on an innovative process that could potentially lead to methane â€” an abundant natural gas â€” being converted to methanol, which could potentially serve as an important source of fuel in the future.

Methanol, which is essentially alcohol in its simplest form, is used to manufacture a wide range of products such as plastics and paint, and is added to gasoline fuel. Methanol consists of four hydrogen atoms to one carbon and oxygen atom. The hydrogen-rich nature of methanol allows it to be used to power modern fuel cells which could offer important environmental benefits.

Natural gas is considered a clean green fuel compared to coal and oil. However, since methane is a potent greenhouse gas with a short-term warming potential far greater than carbon dioxide, currently, methane leaks from these sources cancel out the environmental benefits that natural gas offers over burning fossil fuels. Being able to convert methane-rich natural gas into liquid methanol using an economically viable method, could therefore result in a liquid-based fuel that would be easier to store and transport than either natural gas or hydrogen gas. Being able to utilize methane as a source of liquid fuel would significantly methane emissions from natural gas pipelines and processing plants, ultimately making it more environmentally-friendly.

The new study, which was recently published in Science, proposes a new low-energy process to produce methanol from methane.

"This process uses common crystals known as iron zeolites that are known to convert natural gas to methanol at room temperature. But, this is extremely challenging chemistry to achieve on a practical level, as methane is stubbornly chemically inert,â€ explains lead author, Benjamin Snyder, who studied catalysts to address this challenge for his doctoral degree at Stanford.

While the conventional process used to render methanol from methane involves an industrial process under extremely high pressures and temperatures (1832 °F /1000 °C), by infusing methane into porous iron zeolite crystals, methanol can be produced very rapidly at room temperature without the need for any additional heat or energy.

"That's an economically tantalizing process, but it's not that easy. Significant barriers prevent scaling up this process to industrial levels," said study co-author, Edward Solomon, professor of chemistry at Stanford and professor of photon science at SLAC National Accelerator Laboratory.

The problem is that most iron zeolite crystals tend to deactivate rather quickly. Once they deactivate, they stop processing methane and the process falters. In this study, the researchers used advanced spectroscopy techniques to investigate the physical structural composition of zeolites that have the most promise for converting methane to methanol to see how they can improve their performance.

"A key question here is how to get the methanol out without destroying the catalyst," explains Hannah Rhoda, a doctoral student in inorganic chemistry at Stanford and co-author of the study.

For the study, the researchers conducted a structural analysis of the lattices surrounding the iron of two promising iron-based zeolites. They found that reactivity varied dramatically according to the pore size of the crystal structure surrounding the iron, which the researchers refer to in their paper as the "cage effect," since the encapsulating lattice structure is akin to the bars of a cage.

The researchers discovered that when the pores in the cage lattice are too big, the activated site quickly deactivates and doesnâ€™t reactivate again thereafter. However, when the pores are smaller, the reactant molecules interact in a more controlled manner with the iron active sites, in a process that regenerates active sites and produces methanol. 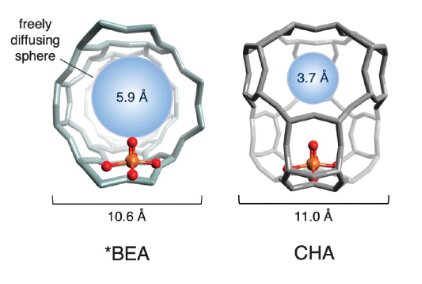 An illustration of the cage structures of two iron-based zeolites usedin the study. The red and gold spheres (representing oxygen and iron,respectively) make up the active site. The cage structure, in gray, isformed of silicon, aluminum and oxygen. The blue sphere quantifiesthe size of the largest molecule that can diffuse freely in and out of theactive site cage (the diameter of methane is ~4.2 Ã…). Credit: Benjamin Snyder[/caption]

By leveraging the observed â€˜cage effectâ€™, the researchers successfully and repeatedly reactivated 40% of deactivated sites. By unraveling the process iron zeolites utilize to produce methanol at room temperature, the researchers have made a significant step toward upscaling the catalytic process to an industrial scale.

"Catalytic cyclingâ€”the continual reactivation of regenerated sitesâ€”could someday lead to continual, economical methanol production from natural gas," said Snyder, who is currently a postdoctoral fellow in the Department of Chemistry at UC-Berkeley.

According to Snyder, the teamâ€™s next challenge is to achieve similar results at room temperature using ambient air instead of nitrous oxide used in this study. Another important challenge the researchers have to deal with is the oxidizing effects of oxygen, which are notoriously difficult to control in processes that require a chemical reaction.