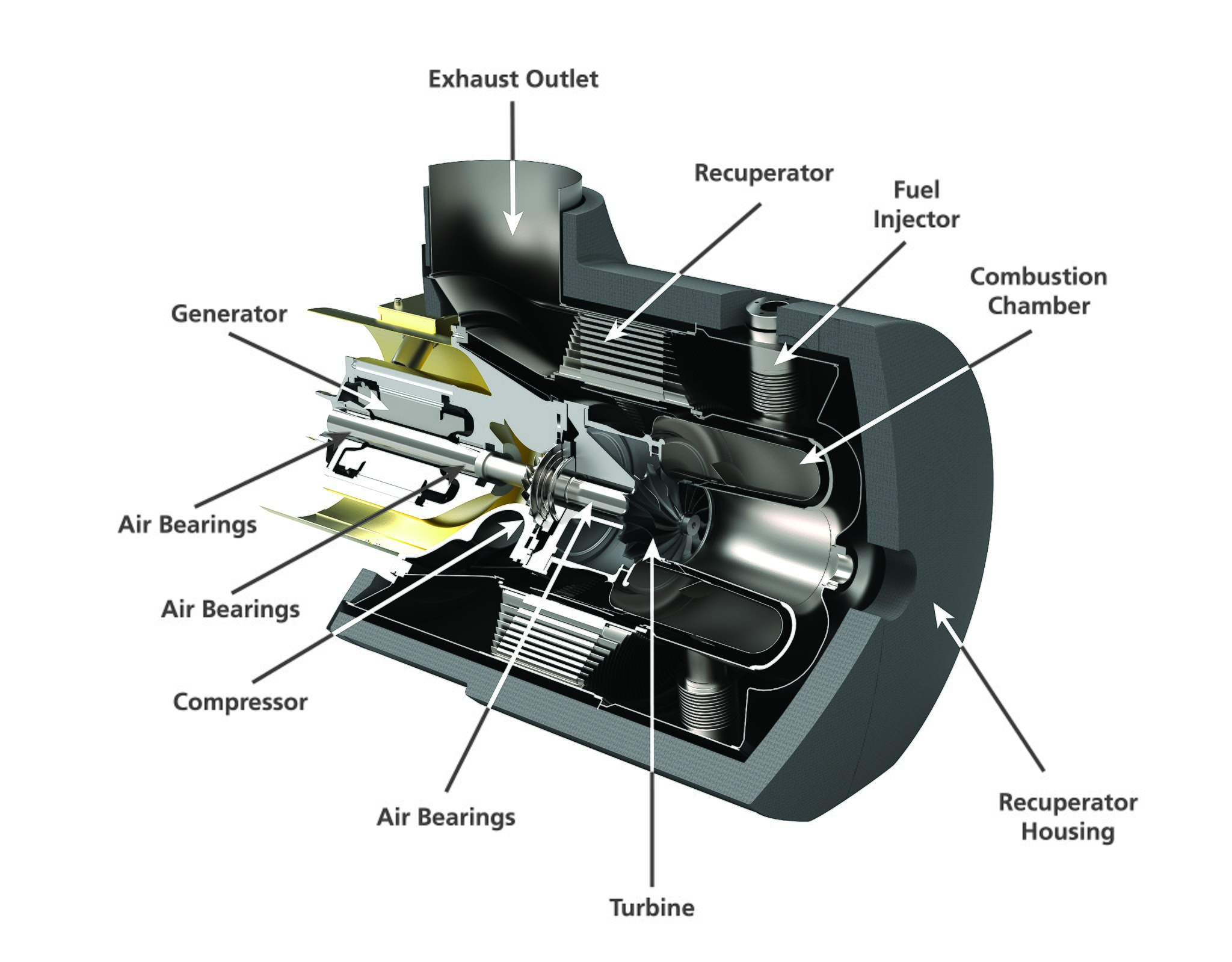 Like their larger gas turbine counterparts, microturbine engines operate on the Brayton Cycle, where incoming air is compressed before biogas (or liquid) fuel is injected into the mix which is then combusted in the combustor. The hot combustion gas, which is under high pressure, expands and passes through a turbine which generates shaft power from the mechanic rotating action of the turbines that runs the compressor and the electric generator.

According to the EPA report, Evaluating the Air Quality, Climate & Economic Impacts of Biogas Management Technologies, the efficiency of converting biogas into electricity using microturbine engines fitted with recuperators powered by biogas ranges from around 22-27%