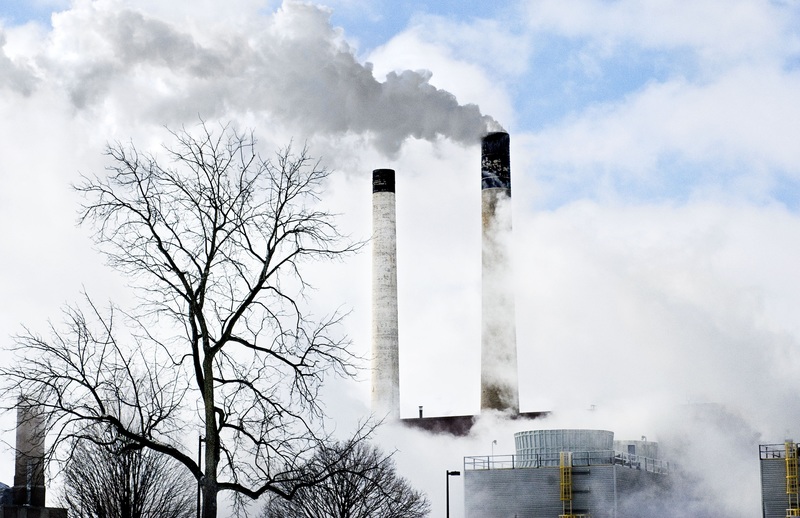 Concentrations of the key atmospheric gases responsible for driving up climate warming reached a record high in 2017, according the the World Meterological Organizationâ€™s annual greenhouse gas report, which also indicates that there is no sign that this rising trend is likely to be reversed anytime soon. In 2017, atmospheric carbon dioxide levels topped 405 parts per million (ppm), the highest level recorded over the last 3-5 million years.

It should also be noted that atmospheric concentrations of greenhouse gases such as CO2 only represents the amount of gas remaining in the atmosphere after a portion of the emissions have been absorbed by soil, vegetation and the oceans. The impact of these lingering atmospheric gases on climate warming has increased by 41% since 1990.

Comparing Past and Present Data

Atmospheric CO2 concentrations have been steadily rising since the start of the industrial revolution. In 2017, CO2 levels were 46% higher than the pre-industrial era. According to WMO scientists, the levels of CO2 currently in the atmosphere are the highest they have been for a very, very long time.

"The last time the Earth experienced a comparable concentration of CO2 was 3-5 million years ago, when the temperature was 2-3C warmer and sea level was 10-20 metres higher than now," said WMO Secretary-General Petteri Taalas in an interview with BBC News.

Scientists are concerned that the levels of atmospheric greenhouse gases show no signs of decreasing, but instead continue to rise.

"I am very concerned that the three greenhouse gases most responsible for climate change (CO2, methane, and nitrous oxide) are all rising upwards unabated," said Prof Corinne Le QuÃ©rÃ© from the University of East Anglia, adding that "CO2 concentrations are now well above 400ppm - levels were 321ppm when I was born, that is a big rise in a human lifetime!"

Although CFC gas, commonly used in insulation foam, was banned globally in an effort to protect the ozone layer, it has been detected in the atmosphere, and its traced back to factories in China. In terms of its environmental impact, CFCs are a double-edged sword â€” they damage the ozone, while at the same time contribute to climate warming.

Climate scientists are concerned that the levels of CFC-11 currently detected in the atmosphere may be just the beginning of a new upward trend.

"It's possible that the new emissions are the tip of the iceberg," said Dr Matt Rigby, an atmospheric chemist at the University of Bristol. "If the signals we've seen are due to CFC-11 released during the manufacture of products such as foams, there could be much more that has been locked up in these new materials, which will ultimately be released to the atmosphere over the coming decades."

Other Important Greenhouse Gases of Concern

Methane and nitrous oxide are two other greenhouse gases that contribute to global warming. Concentrations of both have risen dramatically since the industrial revolution. Methane levels are currently around 1,859 ppb (257% of pre-industrial levels, and have been increasing at a steady rate over the last 10 years), while the level of nitrous oxide is now around 122% of what it was prior to the industrial revolution.

So, Whatâ€™s the Big Deal with Rising Greenhouse Gases?

Greenhouse gases can linger in the atmosphere for many years to come, which is clearly evident given current efforts to curb GHG emissions, yet levels continue to rise. According to the report, these greenhouse gases can affect the Earthâ€™s climate for hundreds of years after they were emitted. To learn more about solutions to monitor emissions and combustion visit our web page at: https://www.mrulab.com/

"CO2 remains in the atmosphere for hundreds of years and in the oceans for even longer," said WMO Deputy Secretary-General Elena Manaenkova. "There is currently no magic wand to remove all the excess CO2 from the atmosphere. Every fraction of a degree of global warming matters, and so does every part per million of greenhouse gases."