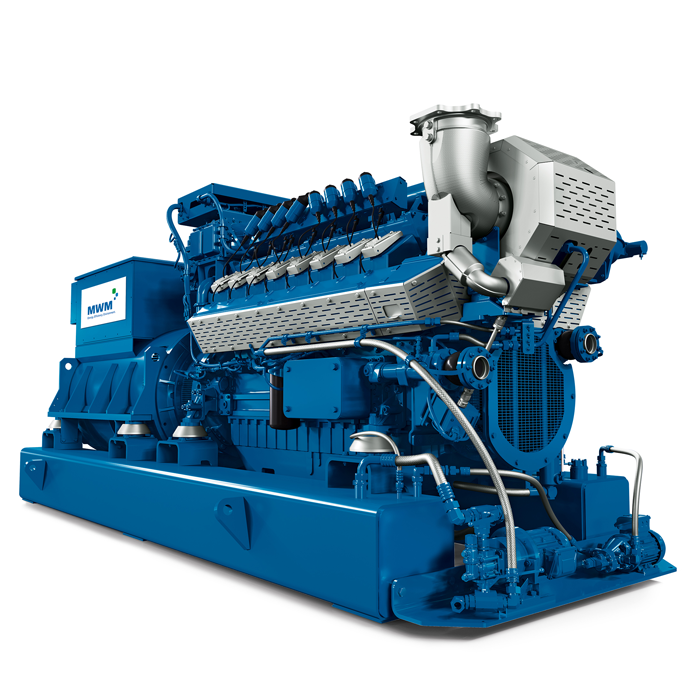 Reciprocating internal combustion engines, or piston engines, are used worldwide as a low-cost method of generating power. Reciprocating combustion engines have also been widely used to generate power from biogas. However, out of all the current biogas management technologies, these engines are responsible for the highest levels of exhaust emissions, particularly nitrogen oxides.

Reciprocating engines powered by biogas are typically natural gas engines that have been adapted to run on biogas. These engines operate on a 4-stroke, spark-ignition Otto cycle, and fall into one of two classes: rich-burn engines and lean-burn engines.

Lean-burn reciprocating engines on the other hand consume twice the amount of air required to completely burn the fuel. As a result, peak combustion temperatures are lower, which in turn results in lower nitrogen oxide emissions. However, emissions (hydrocarbons and volatile organic compounds) resulting from incomplete combustion can be higher than those produced by rich-burn engines and will require further catalytic reduction through urea injection (nitrogen oxides) or oxidation (carbon monoxide and VOCs). Lean-burn engines can be slightly more fuel-efficient than rich-burn engines.

According to the EPA report, Evaluating the Air Quality, Climate & Economic Impacts of Biogas Management Technologies, the efficiency of biogas-powered stationary engine generators varies from around 25% for 100-kilowatt units to 40% for units of 4-5 Megawatts.

According to the EPA report, the installation costs for reciprocating engines is estimated to range from $4,114/kW for a 100 kW unit to around $2,289/kW for a 3,000 kW engine. The estimated levelized cost of energy ranges from $90/Mega Watt hour to $48/Mega Watt hour for the capacities reviewed.