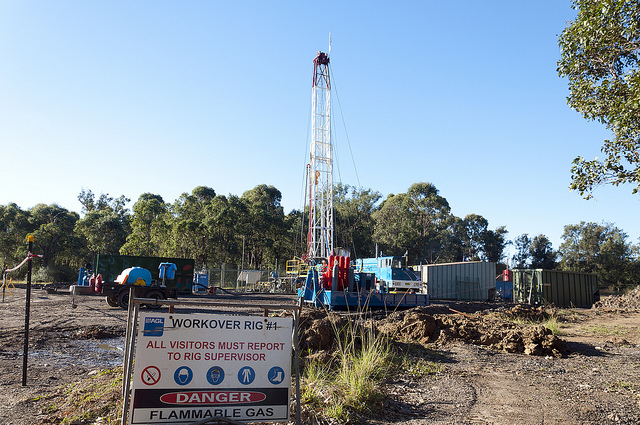 Thanks to the hydro fracking shale gas revolution, the US is currently leading the oil and gas production race, recently overtaking Saudi Arabia in this quest. However, this does not come without its pitfalls. Pollution â€“ both of the atmosphere, soil, and groundwater â€“ continues to be a contentious issue, causing those concerned about the impact of the industry on environmental and human health much angst. But up until now there has been no way to confirm that the levels of pollution recorded are due to hydro fracking operations or whether these contaminants occur naturally.

A recent study conducted by a team of geochemistry from the Concordia University, l'UniversitÃ© du QuÃ©bec Ã MontrÃ©al and the Eau Terre Environnement centre of l'Institut national de la recherche scientifique addressed this issue by assessing samples of natural groundwater taken from an area in the Saint Lawrence River basin between QuÃ©bec and Montreal prior to the commencement of hydro fracking operations.

The results of their findings, which where released in a report that was commissioned at the request of the Strategic Environmental Assessment Committee on Shale Gas, provides a standard point of reference for comparing groundwater samples taken after hydro fracking has commenced to determine pollution levels against natural levels of contaminants.

"In several cases in the US where very high concentrations of methane were found in the vicinity of fracking sites, energy companies could not be held legally responsible for the contamination simply because there was no record of pre-exploitation gas levels in the groundwater. This study is the first to document natural gas levels, plus their sources, so that those levels can be compared to those at fracking sites." explains Yves GÃ©linas, study co-author and professor in Concordia University's Department of Chemistry.

What this essentially means, is that should the Canadian government give the go-ahead for gas companies to exploit shale gas deposits in the area moving forward, scientists will have a benchmark with which to compare water quality before and after hydro fracking commenced, which will assist in determining whether any contaminants identified are linked to fracking activities or not.

The researchers sampled 130 municipal and residential water wells in an area spanning roughly 14,000 square kilometers between Trois-RiviÃ¨res, Leclercville and Montreal, including the northern Appalachian foothills. Fourteen percent of the wells sampled had methane concentrations that exceeded 7mg/Liter, which is considered the maximum acceptable level for methane as determined by the State of Quebec. For most of the wells examined, methane occurs naturally as a by-product produced by bacteria as they go about their business underground. The highest levels of helium were observed in low-lying regions around the Saint Lawrence Seaway as a result of a specific geological formation, which also showed high levels of naturally occurring methane.

While levels of radon â€“ a toxic odorless and colorless gas â€“ did not exceed the safety standards of 2,000 becquerels/Liter (Bg/L) set by Health Canada, in nearly 5% of the wells, radon levels where higher than 100 Bg/L, the recommended levels set by the World Health Organization (WHO).

Because radon readily disperses into the atmosphere it can be easily inhaled in confined spaces or areas with poor ventilation, posing an environmental- and occupational health and safety risk. This is relevant, as hydro fracking activities are associated with increased radon levels, which have in turn been associated with an increase in cancer cases, cautions GÃ©linas.

"Now that we have established the normal levels of harmful chemicals like radon that naturally occur within a given area, we can carefully monitor whether these levels increase when big energy companies come in to mine for shale gas â€” and then hold those companies accountable if we do see pollution levels go up, as is widely believed," GÃ©linas explains.