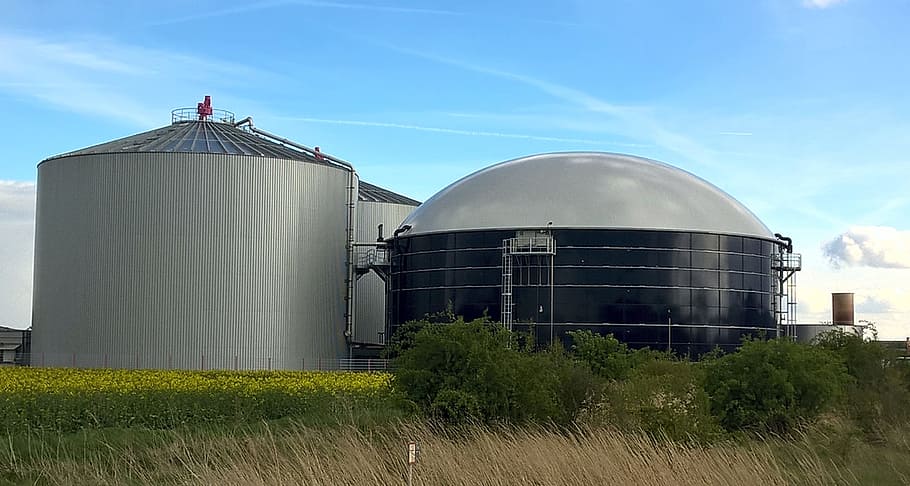 Biogas is a renewable source of energy extracted from organic matter such as animal waste and plant material, referred to as biomass. There is a vast range of biomass available that can be used as a fuel source in biogas projects, including animal waste, landfill waste, energy crops, agricultural residue, paper/pulp residue, forest residue, urban wood-based waste such as garden waste and building waste.

Biogas, which consists primarily of methane and carbon dioxide together with smaller levels of ammonia and hydrogen sulphide and trace levels of gases such as carbon monoxide, hydrogen and nitrogen, for example, is formed when organic matter is decomposed by anaerobic bacteria in an oxygen-free environment â€” a process known as anaerobic digestion. Biogas typically has high levels of water vapor present in the mixture, and may also be contaminated with particles of dirt and/or dust.

Biogas has similar properties to natural gas, with the methane concentration determining the overall energy content. Biogas used as a fuel to power engines needs to have the impurities removed, as these contaminants can corrode parts or result in deposits that can both wreck mechanical equipment. The gases that typically need to be reduced or removed together with water vapor include carbon dioxide, hydrogen sulphide, siloxanes, halogen compounds such as chlorides and fluorides, and volatile organic compounds (VOCs).

It is widely accepted that reducing the water vapor content from biogas will benefit cogeneration or combined heat and power (CHP) generation systems. But low dew points cannot be achieved using conventional methods, such as underground pipes and condensate traps, which limits the benefits of eliminating water from the biogas. In order for underground pipes to be effective in terms of their cooling ability, the pipe network needs to be extensive, which in turn translates into expensive, and not very feasible to service or maintain.

Chillers commonly used in air conditioning units are sometimes used to cool biogas, but because they were not designed to produce water with low temperatures, the end result is either gas with a higher dew point or cooling units that operate beyond their design capabilities, resulting in them requiring excessive amounts of energy to run together with a reduced lifespan. 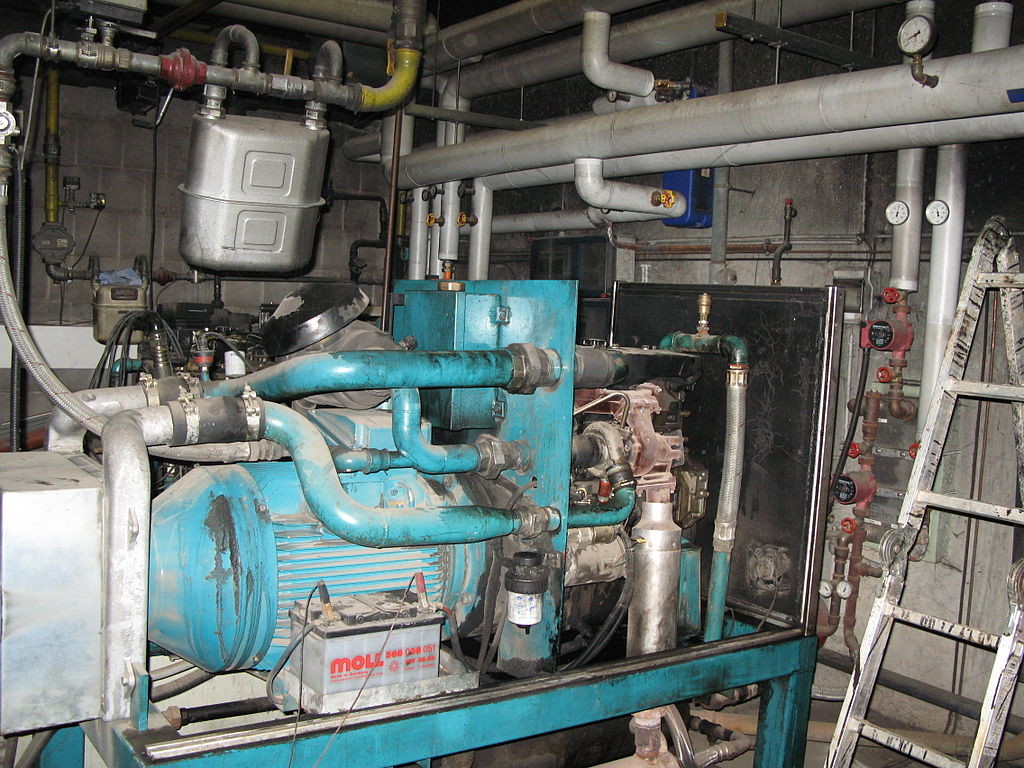 Consequently, it is extremely important to employ a cooling system that has been specially designed to produce water condensate at low dew points, while being able to operate efficiently in the harsh environmental conditions associated with biogas production.

Primary Benefits of Drying Biogas to a Low Dew Point

These key benefits are outlined in more detail below.

When biogas leaves the digester it typically has a high water vapor content, making up 4-8% of the total biogas composition. This reduces the energy content of the biogas, and by extension, the power produced by the engine. If the biogas is dried to a dew point of 5 °C, the water vapor content is reduced to 1%, which in turn increases the methane content by 5%, resulting in a 5% increase in power output and revenue generated. This is significant if one considers that for a 1 MWe biogas engine, a 5% increase in energy output can equate to an increase in revenue generated of $100,000 dollars or more.

A lowering of the ambient temperature causes the gas to cool down, resulting in water vapor condensing in the gas pipeline. This condensate can combine with gases such as hydrogen sulphide or carbon dioxide to form acidic compounds that are highly corrosive to pipelines, holding vessels, machinery, gas scrubbers, sensors, gauges and other instruments. When water combines with hydrogen sulphide, for example, it forms sulphuric acid, which water that combines with carbon dioxide results in the formation of carbonic acid, both of which are highly corrosive and will also cause engine oil to become less alkaline. Drying the biogas to a low dew point prevents the water vapor from condensing, and consequently prevents these corrosive acidic compounds from forming.

Because impurities in biogas are either corrosive, oxidizing or incombustible by nature, even though they are only present in small amounts (typically parts per million), they need to be removed in order to attain optimal engine efficiency and performance.

By utilizing an efficient cooling system to implement the dehumidification process, where the dew point is around 5 °C, one can remove the water vapor from the biogas while also reducing undesirable gases such as ammonia, hydrogen sulphide, siloxanes and halogen compounds that may be present in the biogas mixture. Reducing or eliminating these impurities will extend the life of engine oil and reduce the amount of silicon dioxide the accumulates on hot surfaces of combustion engine components such as valves, cylinders and engine in heads of cogeneration combustion engines. It will also reduce emissions of mono-nitrogen oxides and the corrosion associated with water vapor combining with hydrogen sulphide and/or carbon dioxide. Partially or completely removing these impurities results in improved efficiency across the entire plant, together with a significant reduction in downtime and associated maintenance costs.

For example, an engine that generates 1MWe of power holds around 600 liters of oil, which only needs to be changed every 1,600 hours if contaminant-free biogas is used. In the case of biogas that had not been sufficiently treated/dried, the service life of the lubricating oil would be halved, requiring an oil change after approximately 800 hours. If one takes into account the losses incurred as a result of maintenance downtime, the costs associated with using inferior quality biogas can run into the thousands annually.

As the majority of the impurities found in biogas are water soluble, many can be removed through dehumidification to a low dew point. The end result is cleaner biogas that is less likely to contaminate engine oil, which in turn increases the service life of the oil and reduces maintenance downtime and its associated costs as well as the costs of oil replacement.

Extends the Lifespan of Activated Carbon

As mentioned earlier, because destructive biogas impurities such as ammonia and hydrogen sulphide are soluble in water, they can be partially or fully removed by drying biogas to a low dew point as they partially dissolve in the condensate that forms, which facilitates their removal. Removing these contaminants in the treatment process results in significant cost savings in terms of activated carbon filtration systems (OPEX or CAPEX) typically used to remove these damaging contaminants when poor quality biogas is used in engines, which for a biogas flow of 700 Nm3/hour can save tens of thousands of dollars annually.

Unlike liquid petroleum-based fuels (petrol & diesel), quality compliance for gas fuels is far more lenient. Consequently, suppliers of CHP engines provide technical operating guidelines to ensure the quality of the biogas used is sufficiently high enough to prevent it from have a negative impact on the performance and service life of engines. All of the major engine suppliers stipulate that it is unacceptable to have water condensate within the gas fuel pipes or the engine.

Incorporating a cooling system that dries the biogas to a low dew point prevents water vapor from condensing in the gas fuel pipes and therefore meets the technical specification guidelines outlined by major gas engine manufacturers.

These six benefits of drying biogas to a low dew point all have a significant impact on a biogas plantâ€™s operating costs and/or revenue. Installing a cooling system can therefore improve efficiency of a biogas plant, reducing costs and increasing revenue.