Harmful Landfill Contaminants Ranked According to Level of Toxicity 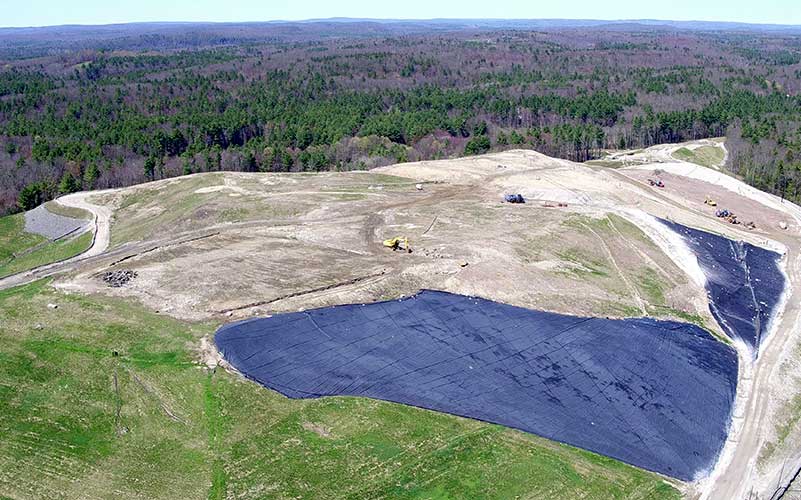 Scientists have developed a system for ranking toxins commonly found in landfills according to their quantity and level of toxicity, allowing landfill managers and environmental agencies to better manage the environmental threats posed by toxins in leachate.

There are nearly 2,000 currently active landfill sites dotted across the United States, that serve as resting places for garbage generated by households and businesses countrywide. As this garbage breaks down on the landfill it can release chemicals and other toxic contaminants that can accumulate and leach into the surrounding soils and groundwater, where it can pose a serious environmental and public health risk.

In order to combat the threats posed by toxic landfill leachate, scientists from the University of Missouri partnered with the USDA Forest Service to develop a system that ranks landfill contaminants according to their toxicity and amount present.

"Leachate from landfills can cause cancer and other serious harm, and it's a threat whether it's ingested, inhaled, or touched," said Chung-Ho Lin, an associate research professor with the MU Center for Agroforestry in the College of Agriculture, Food and Natural Resources. "This is the first time a system has been created that can automatically prioritize the pollutants released from a landfill based on their toxicity and abundance."

The ranking system uses an algorithm developed by Linâ€™s doctoral student, Elizabeth Rogers, who is also an intern at USDA Pathways. Rogers adapted a system originally designed to rank chemicals in wastewater discharged from fracking operations to make it applicable to landfill pollutants.

By linking the algorithm to three "toxicity databasesâ€, the system simplifies the otherwise laborious and costly exercise of identifying a contaminant and determining how harmful and abundant it is. The final result is a system that prioritizes pollutants ranked according to their toxicity potential as well as how prevalent they are at any given landfill site. The system also allows users to customize the prioritization of contaminants according to various factors that can differ depending on the site.

Identifying and ranking landfill contaminants according to their toxicity and abundance provides a clearer picture of the pollutants that need to be targeted when remedial action is employed at cleanup sites.

Zalesny Jr. works on a project that uses trees to do the dirty work when rehabilitating contaminated soil and groundwater at landfill sites. Trees such as willow and poplar help break down and absorb pollutants from soil and groundwater and they also inhibit runoff that can transport pollutants offsite â€” a process referred to as phytoremediation. By preventing contaminated runoff from getting into streams and rivers, we can ultimately protect aquatic ecosystems, including larger freshwater systems such as lakes.

â€œKnowing which pollutants are the most important targets at a given location is crucial,â€ said Zalesny Jr., â€œbecause different trees employ different methods of removing pollutants from the soil, and no single method will work on every type of pollutant.

"In the past, we have mostly targeted the most common pollutants, such as herbicides and contaminants from crude oil," Zalesny Jr. said. "Using this prioritization tool, we could now go to basically any contaminated site, identify the top contaminants, and match those contaminants with our trees to create a sustainable, long-term solution for cleaning up pollution."

According to Rogers, the algorithmâ€™s creator, the system offers another significant benefit. There are many â€˜emerging pollutantsâ€™ appearing on landfills that are currently not monitored or regulated. This makes it exceedingly difficult to mitigate their environmental effects. By presenting research scientists with up-to-date information on a wide range of potential pollutants, the ranking system can help environmental agencies to prioritize and address these hazardous new toxins.

"Some of the most potentially harmful compounds that we identified using this scheme were from things like antibiotics or prescription medications, which could have serious impacts on the human endocrine system," Rogers said. "There were also compounds from personal care products. And while we know these newer classes of compounds can have negative impacts, there is still a lot we don't know about them, and they're ending up in landfills. Hopefully, the use of this system will encourage more research into their impacts."

While landfills are not responsible for generating the trash, they do have a responsibility to ensure environmental integrity. However, to do so, they need to know what contaminants are present, as well as how toxic and how abundant they are. Having this information can help landfill managers and environmental stewards take appropriate remedial action to address the environmental and public health threats these contaminants pose. It also creates public awareness surrounding the chemical toxins released into the environment by household garbage that ends up on a landfill. Ultimately it is up to the public to reduce the amount of waste they generate and discard.