Methane from Manure: Could Farms be Power Plants of the Future 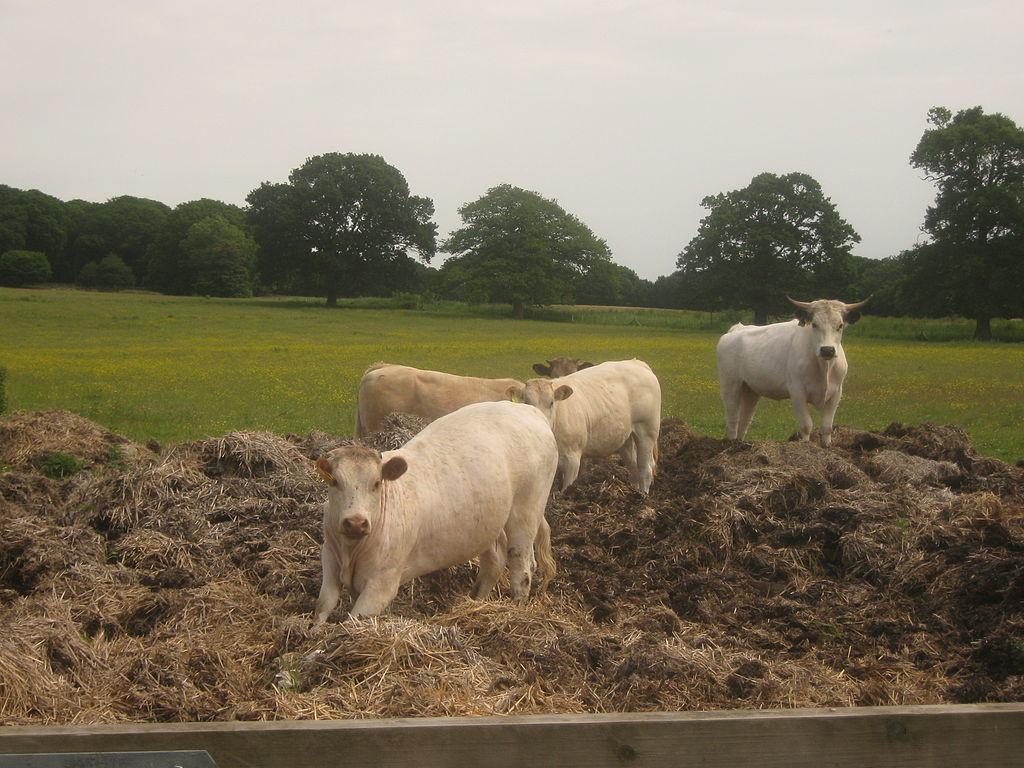 When manure and other organic matter breaks down, the organisms responsible for their decomposition produce methane â€” a potent greenhouse gas â€” which is released into the atmosphere.

Now researchers from the University of Waterloo are looking at ways to refine the use of manure in biogas digesters so that the natural gas produced can supplement the existing power supply and be used to heat homes or provide power for industries. The natural gas produced can also be used as an alternative to diesel as a fuel source for trucks used in the transportation sector â€” an important contributor of CO2 emissions.

This approach offers several benefits: 1) it eliminates the release of methane from manure which is typically composted or spread directly onto farm fields to fertilize crops; and 2) the natural gas produced offers a clean, renewable alternative to fossil fuels/natural gas, a key source of GHG emissions, particularly carbon dioxide and methane, that are responsible for climate warming.

According to David Simakov, a professor of chemical engineering at the University of Waterloo and co-author of the study, which was recently published in the International Journal of Energy Research, not only does this technology offer a huge potential to convert different types of manure, especially pig and cow manure, into a viable source of energy, it could also be used on landfill sites to maximize the energy potential of landfill gas.

To test this new concept, the researchers developed a computer model of an existing dairy farm based in Ontario, Canada that collects manure produced by 2,000 cows, which is fed into anaerobic digesters to produce biogas. The biogas produced is burned in a generator to produce electricity, which reduces the environmental impact of greenhouse gases produced by decomposing manure, but currently only yields around 30-40% of its true energy potential.

The researchers are hoping to ramp this up a notch, improving the output by converting the biogas produced during the anaerobic digestion process into a renewable natural gas. This would entail a methanation process, whereby the biogas is mixed with hydrogen, followed by a catalytic conversion process that would convert the carbon dioxide component of the biogas into methane.

While the methanation process described above would require power in order to produce hydrogen, this could be provided by an on-site solar or wind generated power source, or drawn from the national power grid during off-peak times when demand is low. The overall result would produce a renewable form of natural gas that maximizes the energy potential of manure in a form that is easily stored as a energy source to provide power, but which only releases a fraction of the GHG emissions released by manure when spread on fields as a fertilizer.

According to the study, a $5 million investment in methanation infrastructure at the above dairy farm would pay for itself in about five years, taking government subsidies for renewable natural gas into account.

"This is how we can make the transition from fossil-based energy to enewable energy using existing infrastructure, which is a tremendous advantage," said Simakov.

Managers of biogas projects can further fine-tune their outputs to maximize yields by carefully monitoring their system for maximum efficiency using a portable hand-held gas analyzer such as the extremely reliable BioGas Analyzer, designed specifically for Biogas applications, with ease of use in mind.The BIOGAS 5000 is easy to use, calibrate and configure. The analyzer enables the user to collect consistent data for improved analysis and accurate reporting.