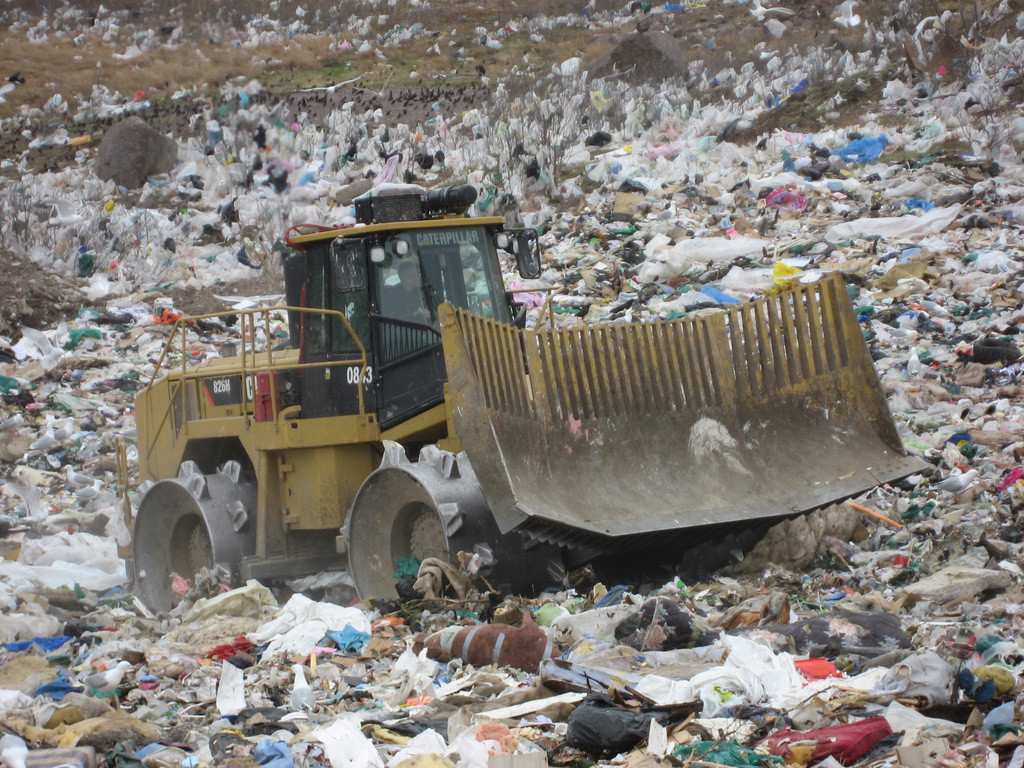 A recent study conducted by a research team from Yale and the University of Florida has revealed that the amount of solid waste Americans are disposing in landfill gas emissions is more than double initial estimates. The study concludes that with more accurate waste disposal figures at hand, we can now set about reducing greenhouse gas emissions in the waste sector. By reducing the amount of waste that ends up in landfills we can ultimately reduce greenhouse gas emissions associated with landfill sites.

According to the research report, which was recently published in the journal Nature Climate Change, in 2012, 262 million metric tons of waste was sent to municipal solid waste (MSW) landfills across the US. Compared to the 122 million metric tons estimated by the US Environmental Protection Agency (EPA) for 2012, this reflects an increase of 115% in solid waste disposed of across the country, and also exceeds the World Bank's MSW generation projections for 2025.

According to lead author, Jon Powell, a doctoral student in the Dept. of Chemical & Environmental Engineering at Yale, the major difference in determining the figures lies in the methods used. The EPA uses a "materials flow analysis" method to determine figures of waste generation and waste disposal, which is gleaned from information provided by businesses, industry associations, the US Census, and the Dept. Of Commerce, which indirectly indicates how much waste will end up in MSW landfills.

The Yale study uses a more direct method to determine waste generation based on figures reported by over 1200 MSW landfill operators over a four year period (2010 â€” 2013), in accordance with federal MSW reporting requirements for greenhouse gas emissions, which has been in force since 2010.

Earlier studies have indicated that the EPA's waste disposal figures for the US are underestimates and not very accurate, however, according to the researchers, because data-sets obtained directly from operating landfills were used in this study, it represents the most accurate waste generation/disposal estimate currently available.

"I feel that it's a superior number to previous estimates, and the key is that we can use our method every year going forward to more accurately track our progress towards more sustainable materials management," said Powell.

According to the study, the average MSW landfill has a capacity of approximately 33 years remaining, but disposal capacity is increasing nationwide.

"I think the disposal rate and capacity numbers are interesting on their own, but I think in the bigger picture, it provides us a distinct, data-driven roadmap for where we can target emissions reductions in the waste sector," Powell points out.

Using the same data, the researchers conducted a second analysis to determine how effective MSW landfills are in terms of capturing the landfill gas (LFG) produced onsite. The US together with many European countries now require active MSW landfills to capture their LFG emissions. According to this study, operating landfills were 17% less efficient than closed landfills at capturing LFG, which is significant considering that 91% of methane emissions from landfills originate from open landfills.

Methane produced by rotting municipal waste disposed in landfills is one of the greatest sources of anthropogenic methane emissions worldwide, and accounts for around 18% of methane emissions in the US. The successful capture of landfill methane at MSW facilities is essential for reducing greenhouse gas emissions from landfills, especially considering that the new waste disposal figures strongly suggest that landfills will continue to play an important role in managing municipal waste for some time yet. The researchers note that this is particularly true for low- to low-middle income developing countries, where the amount of waste generated is projected to rise by between 158-185% by 2015.

According to the study: "The collective, consistent global trend towards steady or perhaps increasing rates of landfilling clearly demonstrates that the waste sector warrants additional scrutiny to identify GHG [Greenhouse Gas] emission reduction opportunities at landfills."

The study also points out that a major challenge to enhancing LFG collection at landfill sites is the increased potential for fires. In 2010, 46% of 869 landfill sites that had active LFG collection systems installed had experienced at least one fire since 2004, while 17% had experienced multiple fires. Fire safety is clearly an issue that needs to be addressed at sites that collect landfill gas to minimize the risk of fires.