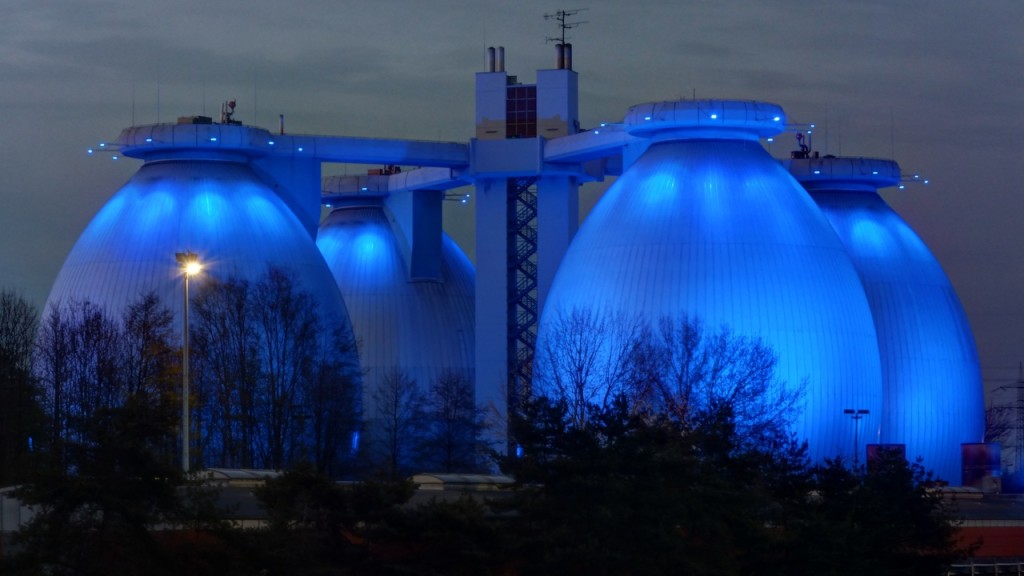 Why Removal of Hydrogen Sulfide from Biogas is Important

Since hydrogen sulfide is potentially toxic and corrosive when present in natural biogas, the biogas needs to be purified by having this unwanted component removed. Alkaline washing liquid is an effective method of scrubbing hydrogen sulfide, and to a lesser degree carbon dioxide, from biogas together with nitrates to improve the quality of the biogas.

The sulfides that are absorbed by the washing liquid are oxidized through biological processes under anaerobic conditions inside the bioreactor by self-sustaining denitrifying bacteria. These autotrophic microbes are able to manufacture their own food supply from inorganic substances, such as sulfur and sulfides, that they ingest into their bodies and transform into an organic food source.

The washing liquid contains nitrates that act as chemical entities that accept electrons (electron acceptors) that other compounds transfer to it, making it an oxidizing agent, which in turn facilitates bio-oxidation of sulfide. A 2015 study examined the removal of hydrogen sulfide from biogas using this method in a laboratory scale countercurrent scrubber packed with plastic carriers that was operated under varying biogas and washing liquid flow rates. The researchers analyzed the hydrogen sulfide concentrations in the treated biogas to determine the scrubber wetting (Sw) requirements. According to the authors, an anaerobic bioreactor that was packed with plastic carriers the same as that above in order to immobilize bacteria, was operated for an extended period with a sulfide loading rate ranging from â€œ21 g mâ€“3 dayâ€“1 during the start-up period to 400 g mâ€“3 dayâ€“1 at the end of the operation to determine the maximum value for sufficient sulfide removal efficiency.â€

The authors concluded that the removal of hydrogen sulfide from biogas using a sulfide loading rate of 160 g mâ€“3 dayâ€“1 provides both stable operating conditions and efficient desulfurization. According to the authors: â€œThe nitrate loading rate was set up according to molar ratio S/N, which must be lower than the stoichiometric value of 0.625 for stable and sufficient sulfide removal, with the maximum of about 0.55.â€