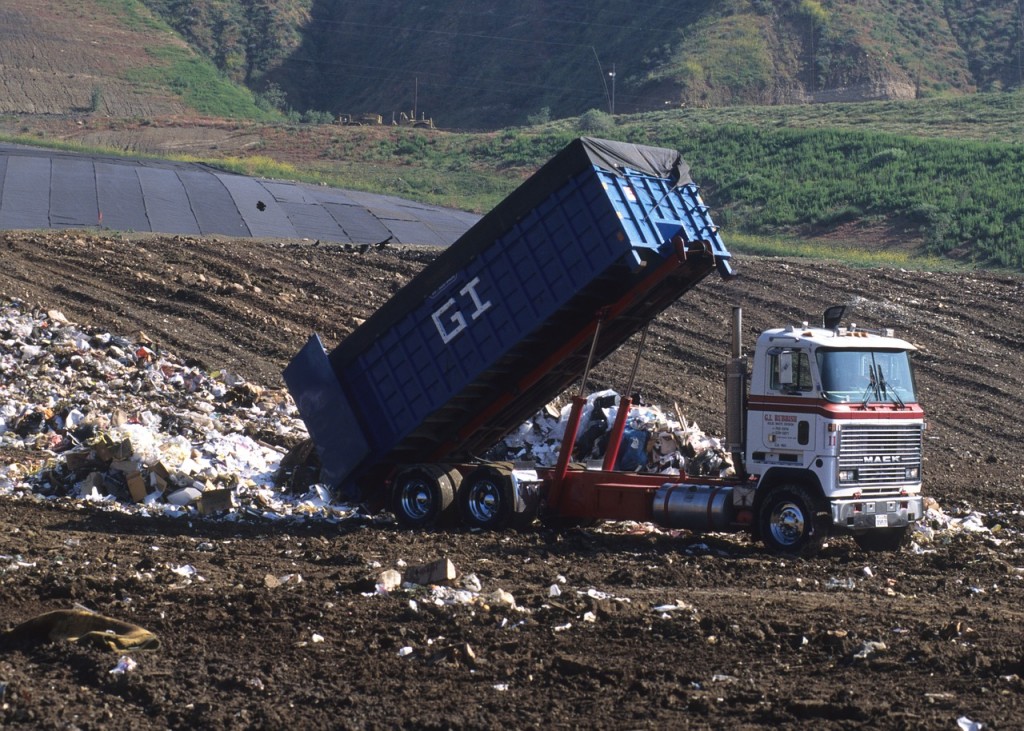 Humans the world over generate a a staggering amount of trash. Nearly everything we purchase is wrapped in packaging. Usually multiple layers consisting of paper, plastic, cardboard and/or glass. According to the US Environmental Protection Agency (EPA), the average American throws around 4.4 pounds of trash away every day. When you multiply that figure by the total population it equates to around 1.5 billion pounds of waste entering landfills across the country every single day! But all is not lost. While it is true the amount of trash dumped in landfills is staggering, we now have the technology to put this waste to good use, converting it to energy in the form of renewable natural gas.

The H.W. Hill Renewable Gas Project is located on the Roosevelt Regional Landfill in Klickitat County, Washington State, the country's 4th largest landfill, which has the capacity to receive 120 million tons of waste during its 40-year lifespan. Like other landfills operating across the country, this landfill receives tons upon tons of waste each year, which is then buried underground in excavated pits lined with plastic. Buried under piles of other waste and sand, the garbage rots and breaks down in an anaerobic environment. During the decomposition process, methane (which is produced by the anaerobic bacteria as the break down the waste) is released. This methane can pose an environmental safety risk because 1) methane is explosive; and 2) it is a potent greenhouse gas (25 times more so than CO2) that can contribute to climate warming. The plastic lining encapsulating the pits trap the methane as it accumulates but eventually it needs to escape. Landfill operators typically burn this methane in flares, where it is converted to carbon dioxide as it is released. Yet, this methane is a natural gas and valuable source of energy. Landfill operators such as Republic Services who manage the Roosevelt landfill are now using innovative technology to tap into this valuable resource. Instead of flaring the natural gas that forms as waste breaks down on the landfill, Republic Services, working closely with Klickitat County Public Utility District, collect the gas, then pipe it to a facility that cleans it and converts it to compressed natural gas (CNG), a fuel source that can be used to power combustible engines and vehicles.

What is Renewable Natural Gas?

Renewable natural gas (RNG) harnessed from a landfill such as HW Hill differs fundamentally from other forms of natural gas in that the latter can be considered fossil fuels that are extracted from the earth using somewhat destructive processes. Hydraulic fracturing (fracking), the process typically used to extract natural gas from wells drilled deep into the earth, is associated with groundwater contamination and earthquakes. Renewable natural gas collected from landfills, by comparison, is neither a fossil fuel nor does extracting it harm the environment. In fact the opposite is true. Harvesting landfill gas prevents it from contributing to greenhouse gas emissions commonly associated with landfills, one of the biggest contributors of greenhouse gas emissions resulting from human activities.

"The idea is that you're not digging up something from the deep earth and adding it to the environment," explains Kevin Ricks, Renewable Energy Assets Manager for Klickitat Public Utility District, who has been actively involved with the design and implementation of the HW Hill RNG Project. "You're using organic material that's already in a CO2 life cycle, and you're harnessing energy that would otherwise be wasted."

The process involves cleaning the landfill gas which is composed of around 53% methane, with the balance consisting of CO2, water, nitrogen, sulfur, oxygen and volatile organic compounds (VOCs). Once the gas is cleaned it consists of 98% pure methane that can be used directly to fuel vehicles.

"The facility is designed to produce 5,701 MMBTUs per day," says Ricks. To put that in perspective, a gallon of diesel fuel has an energy content of around 139,000 BTUs. So the 5,062 MMBTUs that were produced at the H.W. Hill facility on Jan. 2, for example, are equivalent to roughly 36,482 gallons of diesel.

According to Chad Lindholm, Vice President of Clean Energy, not only is natural gas cheaper than diesel fuel, the environmental benefits offered by CNG are even sweeter.

When it comes to heavy duty diesel engines, "the natural gas engine is certified as the cleanest engine commercially available today," says Lindholm. "When you factor in both the criteria pollutants and the emissions reductions associated with greenhouse gases, that's where renewable natural gas plays a very exciting role. Your greenhouse gas emissions reductions with renewable natural gas are typically upwards of 100% when compared to your diesel footprint."

Renewable natural gas really does have the potential to be a game changer, particularly as other facilities such as wastewater treatment plants and diaries also begin to harvest the methane they produce and convert it to renewable natural gas. According to Lindholm, the market for RNG fuel consists largely of public buses, ground transit vehicles at airports, long-haul trucks and ready-mix trucks, with garbage trucks servicing the solid waste industry currently being their biggest market. So, effectively these garbage trucks are literally running on the garbage they collect, epitomizing the circular economy. CNG Video Training Course from Petroleum Equipment Institute on Vimeo.
Share:
Share on Facebook Tweet on Twitter Share on LinkedIn Pin on Pinterest
Previous article Switching to Renewable Natural Gas Reduces GHG Emissions...Beyond Sustainability