Curbing the Flow of Plastic Waste Across the Planet 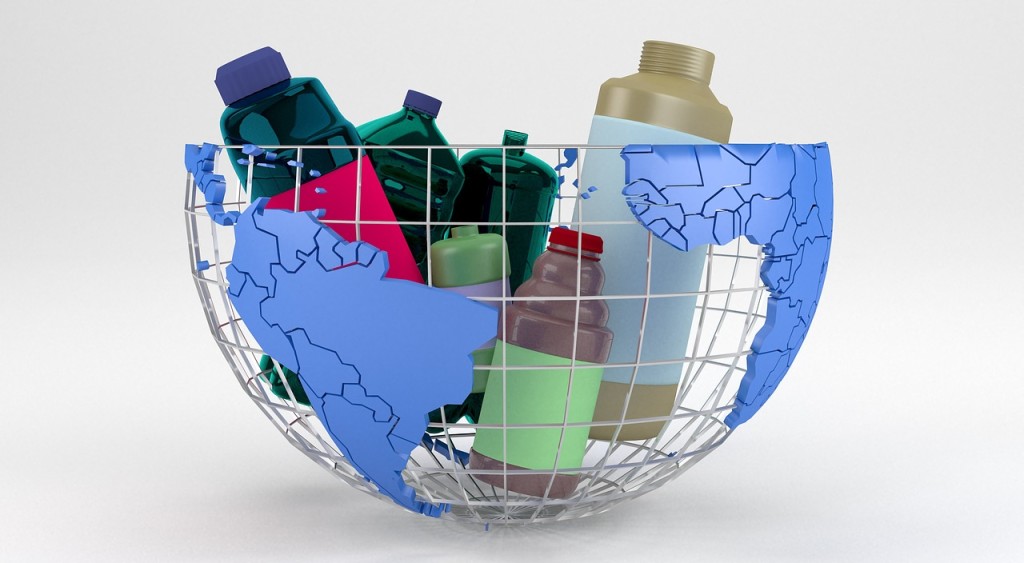 Following concerns poor villages in developing countries such as Thailand, Indonesia and Malaysia are rapidly turning into dumpsites, the United Nations recently announced almost all countries across the world have agreed to restrict the shipment of non-recyclable plastic waste to poorer nations. The United States, which reportedly opposed the deal, was a glaring exception.

Previously, most of this plastic waste ended up in China. However, since China has recently stopped accepting plastic waste from the United States, environmental activists have seen a surge in plastic waste accumulating in developing countries. According to the Global Alliance for Incinerator Alternatives (Gaia), who backed the deal, villages in Asian countries such as Thailand, Indonesia and Malaysia have literally "turned into dumpsites over the course of a year."

"We were finding that there was waste from the US that was just piled up in villages throughout these countries that had once been primarily agricultural communities," Claire Arkin, a spokeswoman for Gaia, told The Guardian.

The legally binding framework signed by 187 countries in Geneva, Switzerland, was formulated after a two-week meeting of several UN-backed conventions held to discuss issues surrounding plastic waste and toxic chemicals that are threatening the health of our oceans and its creatures, as well as human health. The agreement serves as an amendment to the Basel convention, which has set out rules for first-world countries exporting hazardous waste to poorer nations. However, because the US is not party to the Basel convention, it was not able to vote. But delegates attending the meeting reported that the US (the largest exporter of plastic waste globally), together with the American Chemistry Council (a lobby group representing the petrochemical industry) and the Institute of Scrap Recycling Industries (a business association consisting largely of waste brokers), opposed the change, arguing that officials failed to recognize the repercussions this would have on the plastic waste trading market.

Plastic debris is a huge problem both on land and in our oceans. It litters pristine land environments and floats en-masse across the world's oceans, entangling and endangering all forms of wildlife from minute plankton to the largest whales., which are increasingly washing up dead on shores all around the world with stomachs full of plastic. Thankfully due to public awareness campaigns and educational documentaries produced by David Attenborough and others, public awareness has grown substantially, and with it, a increasing call to end the surge of plastic waste entering our oceans. Delegates that supported the amendment believe that the new changes "will make the global trade in plastic waste more transparent and better regulated," protecting people and the planet.

Plastic that is difficult to recycle and therefore has less value will more than likely end up being discarded rather than recycled or repurposed. The new deal will affect plastic products used in a wide range of industries from the healthcare, fashion and food & beverage industries, to technology and even the aerospace industry.

According to Rolph Payet from the United Nations Environment Program, the agreement, which saw 1,400 delegates negotiating over the course of 11 days, is "historic" and has gone much further than anticipated, as countries will now have to monitor where their plastic waste goes once it leaves their borders. Payet said plastic pollution had grown to "epidemic" proportions, with "an estimated 100m tonnes of plastic [110m US tons] now found in the oceans, 80 to 90% of which comes from land-based sources."

According to the Plastic Pollution Coalition, as the United States is not a party to the Basel Convention, it will be banned from trading plastic waste with developing countries that are Basel Parties but not part of the Organization for Economic Cooperation and Development.

"We have taken a major first step to stem the tide of plastic waste now flowing from the rich developed countries to developing countries in Africa and Asia, all in the name of 'recycling,' but causing massive and harmful pollution, both on land and in the sea," said Jim Puckett, Executive Director, Basel Action Network (BAN). "A true circular economy was never meant to circulate pollution around the globe. It can only be achieved by eliminating negative externalities and not just pushing them off to developing countries."

According to Marco Lambertini, director general of WWF International, the new deal is a welcome step as wealthy nations have been abdicating their responsibility for the huge quantities of plastic waste they generate for too long. â€œHowever, it only goes part of the way, said Lambertini. "What we, and the planet, need is a comprehensive treaty to tackle the global plastic crisis."